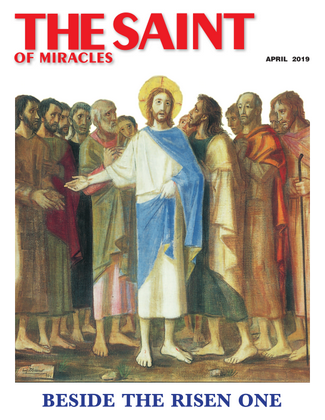 In nature, we see the phenomenon of rebirth, especially in spring. Actually, it is a matter of transformation, because if there were death everything would be over. We can talk about rebirth, but only by analogy. Even if, in our view, the tree that in winter seemed lifeless seems to be reborn by putting on its leaves, actually it was a pause of inactivity. The sap continued to be there, though not flowing. If we apply the analogy of rebirth to the resurrection of Jesus, we know that it is not the same thing. Jesus on the cross was dead. From the tomb he rose again, that is, he returned to life, rising from the dead. It is a unique event, unrepeatable in human history. Therefore, only by analogy, every time something seems dead and returns to live, we can say that it rises again or at least that it lives again.

However, the image is suggestive and has many references: in human life, in the social sphere, in economic events. A society rises again from the crisis, a city rises again from the devastation of war or earthquake, a project that had been set aside is born again. Rising again! How much power is inscribed in this verb! Think of the many Christians in the Middle East devastated by the war (Iraq, Syria, Palestine) who have left their homes and their churches razed to the ground: how they would like to experience the possibility of starting again! And that applies to each of us. Who knows how many times it happened to us, after a defeat, a humiliation, a mistake... We have recovered, we have gotten up, we have returned to live as and better than before.

We have found in us the strength to do so, an innate potential. Psychology calls it "resilience", a concept borrowed from the property of certain metals capable of returning to their original form. When applied to people, it means putting inner potential into practice and returning to the point of origin. In faith, we can believe that we have these potentialities and that we have a resilience towards defeats and labours by virtue of the resurrection of Jesus.

This conviction is translated into the virtue of hope. It is possible to "rise again" to new life through the power of the Holy Spirit who works in us as he did in Jesus: «If the Spirit of the one who raised Jesus from the dead dwells in you, the one who raised Christ from the dead will give life to your mortal bodies also, through his Spirit that dwells in you» (Rom 8:11). This is not a psychological or therapeutic conviction. We believe that the potentialities we have are gifts of the Spirit, charisms that the grace of God and faith generate in us.

This conviction can also be a strong message for our society. With the resurrection of Jesus, we do not announce a purely religious or spiritual event. It is to rely on the divine potential that is inscribed in us as God’s creatures and to trust in the power of His Spirit. A society that does not carry within itself certainties, motivations for good, hope for the future and in the goodness of people has no future. How urgent it is to spread hope and instill positive feelings in social life!

Sowing fears, mistrust, defeatism is not Christian, but it is not even civil. Easy populisms rely on people’s fear, on the fragility of values, on the lack of certainties. They are highly detrimental to development and fraternal coexistence. Rising again: it is an imperative for everyone, that finds its roots in faith, but that fully suits human destiny.

Editorial
Rising again
Fr. Livio Tonello, director
Letters to the Director
Lord, where are you?
Anthony yesterday and today
THE BASILICA OF SAINT ANTHONY
At the same time in Padua and Lisbon
Alfredo Pescante
Spirituality
FOCUS ON AMORIS LAETITIA
Imperfection of love
Fr. Giampaolo Dianin
Family life
TRIVIA
Origin and traditions of the most loved egg
Mimmo Vita 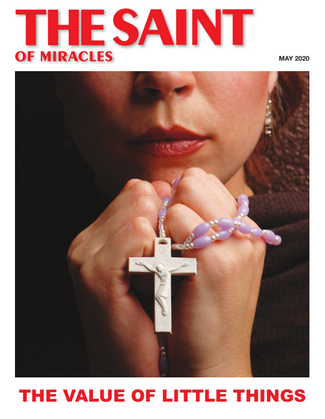 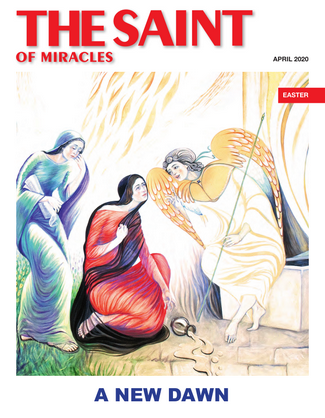 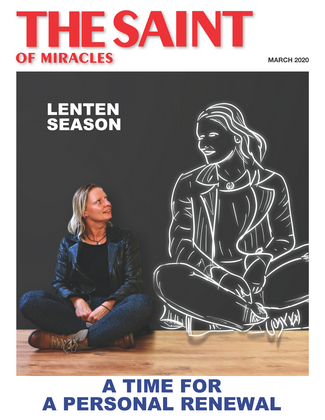 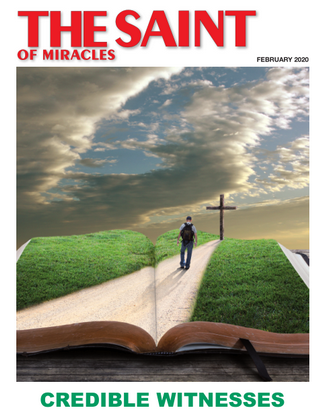 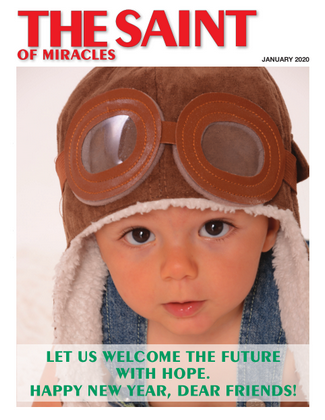 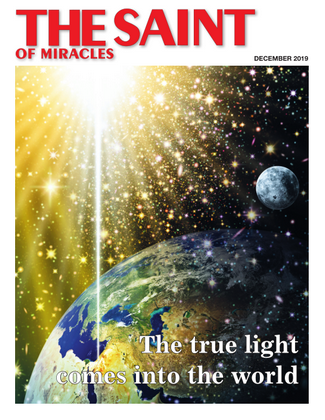 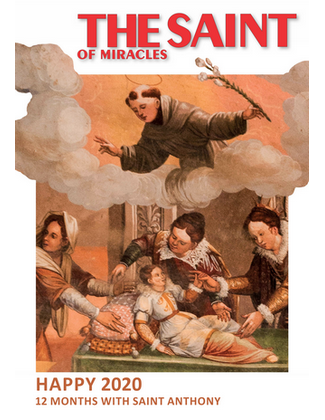 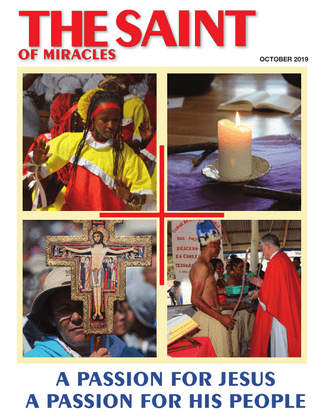 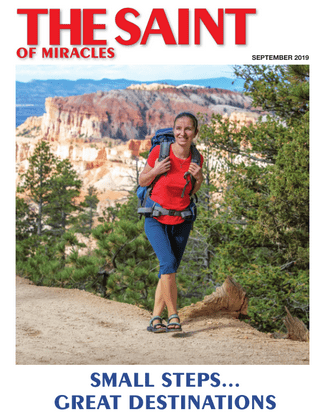 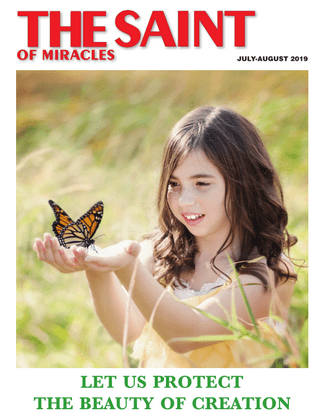 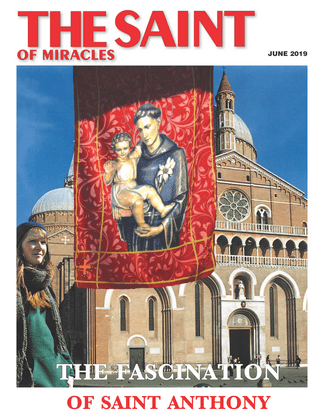 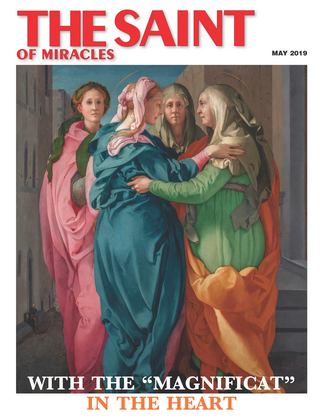 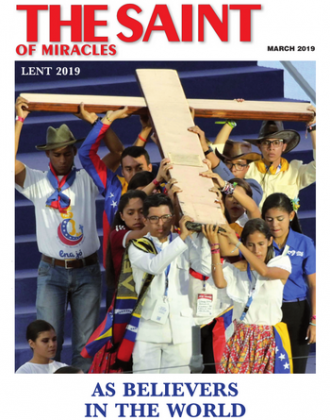 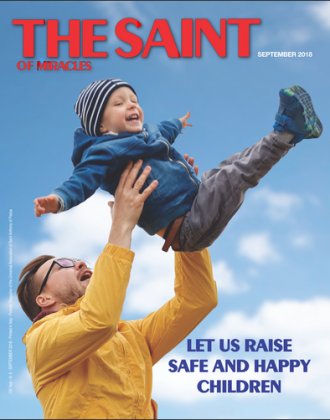 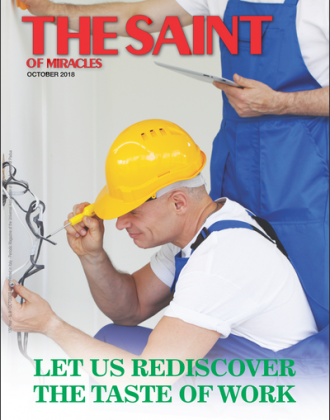