The Cucine Economiche Popolari (CEP), the soup kitchen of Padua, no longer create fear! Yes, this formidable institution, which has lived for 137 years and has fed and offered dignity of life to thousands of people not only from Italy but from many countries around the world, was pointed out a few years ago by a small part of the Paduan community as a place to escape, as if it were populated by bad people.

“Here there aren’t people to avoid, but only brothers in need!” is the refrain of the Director, Sister Albina Zandonà, who for two years has taken the place of the tireless Sister Lia Gianesello. Those who have the opportunity to visit the headquarters of the CEP of Via Tommaseo 12, near the railway station of Padua, soon realize that the atmosphere there has become even more serene, familiar, that services to the person have increased and that this Centre of Charity is a great sign of Providence towards its creatures.

Thanks to the Diocese of Padua, that through Caritas (the pastoral organisation of the Italian Bishop’s Conference for the promotion of charity) covers almost the entire management budget, thanks to various associations, hundreds of volunteers who take turns in services, contributions from institutions, religious men and women, good people of the city and the Universal Association of St. Anthony of Padua, which has always been close to the CEP, since they were born in the Parish of San Daniele where our founder, Fr. Antonio Locatelli, officiated. Now your help, dear friends, takes the form of a minimum of 50 kilos of bread provided every day, which increases according to requests.

They were called “Cucine” (Kitchens) because in 1882, on the occasion of the flooding of the Bacchiglione on Padua and its province, Stefania Omboni, a Protestant faithful, planned to provide hot meals to the citizens affected by the disaster. A case of ecumenism ante litteram because the following year the “Kitchens” migrated into the hands of the diocese of Padua and were stabilized by Bishop Giuseppe Callegari, who gave them regulation and entrusted their management to the Elizabethan Sisters, who provided 3,000 meals a day in the new headquarters of Via fra Paolo Sarpi.

Over time the service evolved and thanks to the current bishop of Padua, Msgr. Claudio Cipolla, the Institution became part of the “Canonical Foundation dedicated to Giovanni Nervo and Giuseppe Benvegnù”, two great priests from Padua. The bishop wanted the CEP to become a “place for carrying out Charity and Justice”, “so that every need may find an effective and dignified response in the community”.

He asked for “a renewed effort of involvement of the parish, religious, social and economic realities accompanied by a strong action of sensitization to the themes of poverty, so that every person in difficulty does not find himself or herself alone, but could feel that there is a community that as a whole takes care of him or her”. All this seems to be, providentially, coming true.

We find Sister Albina at her place of work together with the other Elizabethan, Sister Federica. “I have fully embraced the bishop’s project”, she says, “he wants the door to the Cucine Economiche Popolari always open, so that they may not be a ghetto, but part of the city. This is demonstrated by the non-needy people who have begun to participate in the dinner, perhaps familiarizing themselves with the usual guests.

If time remains, I am happy to accompany them to visit the spaces where we offer other services in addition to meals: laundry, shower, clinics, listening, orientation, company, support, family and social support. The aim is to change the idea that ordinary people have of this Centre and to invite citizens to collaborate.

The curiosity to get to know them is not the purpose of opening up the ‘Kitchens’ to everyone, but to see more and more people engaged in the struggle for a more just society that meets those who have been unlucky. There are many initiatives that we are implementing. One of them: the ‘suspended dinner’, requested by ‘normal people’. What does it consist of?

Friends, couples, students, work colleagues, book dinner and when they arrive at the cash desk they pay for two—one for themselves and the other for those who can’t afford it. In this way we create a family and give ourselves to the needy; there is also the possibility that someone may feel the desire to become a volunteer, we always need them. I only mention the meals served: 500 a day. It is Providence that holds all this together...”. 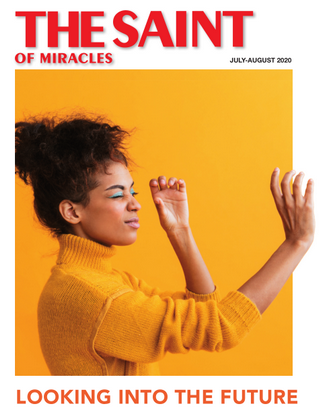