Three words summarize Mary's attitude in going to visit her cousin Elizabeth: listening, decision, action... Words that indicate a way for us too in the face of what the Lord asks of us in life: listening to God who speaks to us in daily reality; decision and action. Sometimes we stop at listening, but we do not make the transition to action. A very young Mary after the angel's announcement sets out—“in haste” Saint Luke says—perhaps joining a caravan of pilgrims heading from the north of Galilee to Jerusalem, crossing Samaria, to reach the south, in Judea, precisely in AinKarim, where her cousin Elizabeth, much older than her, lives.

This journey, a hundred kilometers long, culminates with what the Missal calls the “feast of the Magnificat”—the birthday of this wonderful prayer, we might add, which prolongs and expands the joy of salvation given us in Jesus. The encounter between the two cousins celebrates the action of the Holy Spirit, both in Mary and in Elizabeth: if the former rejoices in the favour that God the Father has shown her, wanting her as a precious casket in which to welcome her Son, the latter expresses an unspeakable joy at having become pregnant despite her late age.

The wonder and amazement of both of them explode in great praise! The first to celebrate the Feast of the Visitation were probably the Franciscans, even before 1263, the date of the first testimony that has come down to us. Pope Urban VI extended it to the whole Church to demand the cessation of the schism of the West, the crisis of papal authority between the fourteenth and fifteenth centuries. Concretely it was not celebrated throughout the Latin Church until July 1431, immediately after the Council of Basel, and on various dates, the last of which was on 2 July.

The reason for this date is easy to explain: since we are celebrating the birth of the Baptist on 24 June, it is fair to think that Mary—whom Luke's gospel tells us to stay with Elizabeth “about three months” (Luke 1:56)—stayed with her relative until the rite of naming the child, which Jews celebrate eight days after birth.

The current calendar has abandoned the date of 2 July, moving the Visitation to the last day of the month of May, which popular devotion has elected as the Marian month, and this for various reasons: Blessed Cardinal John Henry Newman said that May “is the time when the earth bursts forth into its fresh foliage and its green grass after the stern frost and snow of winter, and the raw atmosphere and the wild wind and rain of the early spring. It is because the blossoms are upon the trees and the flowers are in the gardens. It is because the days have got long, and the sun rises early and sets late.

For such gladness and joyousness of external Nature is a fit attendant on our devotion to her who is the Mystical Rose and the House of Gold” (cf. Meditations and Devotions). Other authors see in this manifestation of popular religiosity another Christianization of a pagan celebration, the dedication of the month of May to the goddesses of fecundity: Artemisia, in Greece and Flora, in Rome. May, after all, owes its name to the goddess of spring Maia. In some countries, including Italy, this month we celebrate Mother's Day, whose memory goes to the Mother of Heaven.

This meeting between cousins also gives rise to two great prayers. On the one hand the “Hail Mary”, with the words of Elizabeth: “Most blessed are you among women, and blessed is the fruit of your womb!”, which are in addition to those that the angel Gabriel said to the Virgin a few days earlier: “Hail, favored one! The Lord is with you”.

And who knows what wonderful dialogues will have originated these three months! Advice, cares, fears between two expectant mothers, but also boundless dreams, and many questions... one above all: “Why me?”. 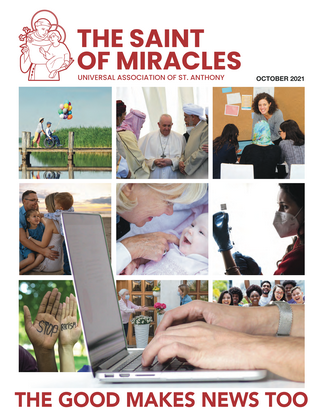