The Indian government has restored the Foreign Contribution Regulation Act (FCRA) license of the Missionaries of Charity (MC), clearing the religious congregation founded by Mother Teresa of Kolkata to receive and utilize foreign funds.

The turnaround by the Ministry of Home Affairs came on 7 January, less than a fortnight after it declined to renew the license of the MC, registered with the government as MoC. In an official statement on 27 December, the MHA explained that “while considering the MoC's renewal application, some adverse inputs were noticed”. “In consideration of these inputs on record, the renewal application of MoC was not approved,” said the Ministry headed by Amit Shah.

The FCRA, first enacted in 1976, regulates foreign donations and ensures that such contributions do not adversely affect the sovereignty, integrity and internal security of India or impact friendly relations with any foreign state and does not disrupt communal harmony.

Applicable to all associations, groups and NGOs which intend to receive foreign donations for social, educational, religious, economic and cultural purposes, it was amended in 2010 and 2015 with a slew of measures. The FCRA registration is valid for 5 years and it can be renewed subsequently if they comply with all norms. Filing of annual returns in line with Income Tax rules, is compulsory.

The registration for the MC was renewed as the United Kingdom Parliament was debating to seek to know if the British government had raised the issue of blocking of overseas funds of NGOs in India.

The Ministry on Thursday removed the MC from this list and included it is the list of 16,908 NGOs whose FCRA registration is active.
MC sisters delighted

A spokesperson of the MC expressed delight at the restoration of the FCRA license. “We never expected that our registration could be cancelled but it happened,” Sunita Kumar told UCA News on Saturday. “We are happy that the restoration of our license happened without much delay,” she added.

The Ministry had earlier said the license of the MC was valid till October 31 but was extended till December 31 along with other associations whose renewal was pending.

An MHA official said on January 1 that the Ministry declined the renewal of the FCRA registration to 179 NGOs, while 5,789 associations did not apply for a renewal before the December 31 deadline. The deadline for those NGOs who had applied before December 31 and whose application was not rejected have been given an extension till 31 March.

In West Bengal state, whose capital is Kolkata, where Mother Teresa founded her mission and congregation, there are 1,030 NGOs eligible to receive foreign donations.
The “saint of the gutter”

Mother Teresa was born Agnes Gonxha Bojaxhiu‎ of Albanian parents on ‎26 August 1910, in Skopje, in what ‎is ‎Macedonia today. In 1929, she came to Kolkata, formerly Calcutta, as an 18-year old missionary with the nuns of the Loreto Sisters of Ireland, whose member she became in 1931.

Later, in what she described as a call within a call, she founded ‎her Missionaries of Charity ‎congregation in 1950. She obtained Indian citizenship the following year. ‎ Affectionately known as the "saint of the gutter" for her works of mercy and unconditional ‎love ‎for the poor and the abandoned, she earned numerous national as well as international honours, including ‎the ‎Nobel Peace Prize in 1979.

She died in Kolkata on 5 September ‎‎1997, at the age of 87 ‎and ‎St. ‎John ‎Paul II declared her Blessed in the ‎Vatican, on 19 October 2003. ‎ Pope Francis officially proclaimed her a saint of the Catholic Church on 4 September 2016, in St. Peter's Square at the Vatican. She is buried at the global headquarters of the Missionaries of Charity in Kolkata. 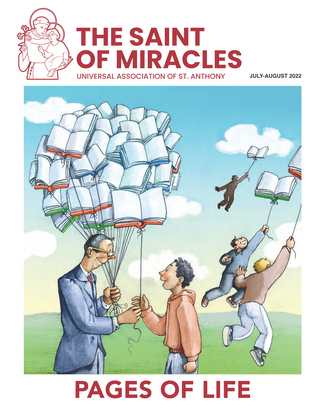